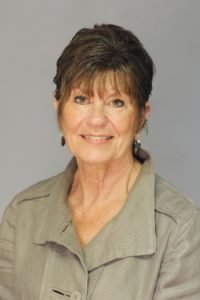 “The full measure of a man is not to be found in the man himself, but in the colors and textures that come alive in others because of him.”

These words from Albert Schweitzer were one of several inspirational quotes and prayers embedded in Maretta Schmidt’s e-mail signature – words that fittingly define the imprint she left on those who knew her.

Schmidt, who served as principal and Assistant Superintendent in the Diocese of Harrisburg, died on July 8 at UPMC Pinnacle Osteopathic Community Hospital in Harrisburg, following a battle with breast cancer. She was 72.

The funeral Mass was celebrated July 20 at St. Matthew Church in Dauphin, where Schmidt and her husband, Donald, were parishioners.

Colleagues are remembering Schmidt as a grace-filled mentor and friend who celebrated their joys, consoled them in grief, and modeled kindness and encouragement.

“The first word that comes to mind when I think of Maretta is ‘grace’ – grace in the way she always carried herself and grace in the way she handled all of the difficulties that came her way,” said Ryan Bolster, Director of the Diocesan Office of Adult Education and Catechist Formation.

A private person, Schmidt was not one to dwell on her own challenges and difficulties – including the stroke her husband suffered and her bouts with cancer. But in her trials, she was a model for others.

“Maretta provided for me a tremendous witness to the sanctity of marriage with her unfailing devotion to Don,” Bolster reflected. “From the many stories she told about their lives together before his stroke, it was obvious that she mourned the life they once had. And yet, her love for him was so clear in the way she cared for him and devoted herself to him…. She set an example of what married love and fidelity is to look like, especially when life does not turn out the way it is planned on the wedding day.”

Father Edward Quinlan, who retired as Diocesan Secretary for Education on June 30, first met the Schmidt family in 1999, when he was appointed pastor of St. Matthew Parish.

He said he watched as Schmidt faced the challenges of her husband’s health with “immense grace.”

“She spent the rest of her days caring for him as well as maintaining her work responsibilities,” he said.

‘Our Time was Her Time’

She became principal of Good Shepherd School in Camp Hill in 1997, and strengthened the school’s Catholic identity and reputation for academic excellence.

“The Catholic atmosphere, a sense of respect and reverence, and high expectations were achieved, due in great part to Maretta’s giving spirit and leadership qualities, which she exhibited in a very quiet and unassuming manner. Nothing was ever too much for her,” said Sister Mary Ann Lawrence, M.S.C., a member of the faculty at Good Shepherd during Schmidt’s tenure.

“Maretta was a woman of deep faith and an inspiration to all. She deeply cared for every teacher, student and parent. She was always available – before school, during school and after school. Our time was always her time,” Sister Mary Ann said.

Susan Glessner, former health and physical education teacher at Good Shepherd, said,” Her first loves were her family, but her students were right behind them.”

“She was an advocate for every single child who crossed her path” and she “challenged her faculty to be better teachers as well as better human beings,” Glessner said.

“I don’t think she ever knew the difference she made in so many people’s lives,” she said.

Renie Asken, school nurse at Good Shepherd, said Schmidt “modeled kindness, respectfulness and strength in faith” and “was passionate about supporting all of the needs of the students on every step of their journey.”

“She knew how to light up a mind, fire up a spirit and make each and every student feel as if he or she was a bright and rising star,” Asken said.

“Every encounter with Maretta enriched your life,” Asken said.

A Model of Kindness

In August of 2008, Schmidt became the Diocesan Assistant Superintendent for Secondary Schools and Government Programs.

She worked diligently on teacher evaluations, served as a mentor for new teachers, and worked closely with schools to ensure completion of paperwork for federal programs.

“It was a gift that she shared her educational experience with us at the Diocesan level,” said Livia Riley, who retired on June 30 as Diocesan Superintendent.

She worked with Schmidt in the Diocesan Secretariat for Education for 11 years, recommending that Schmidt come aboard as Assistant Superintendent.

“I always knew her as a wonderful lady, and truly a model of Christ,” Riley said.

As Assistant Superintendent, Schmidt was a “prayer partner” for students at Good Shepherd. “She enjoyed visiting them and seeing the kids in the school,” Riley said.

Schmidt also implemented the annual Diocesan Speech contest, which invited middle school students to display their talents in various speech categories in front of volunteer judges each March at the Diocesan Center.

“She thought it would be a great opportunity for students to express themselves in this kind of venue. With her English background, it was an undertaking she enjoyed,” said Riley, who noted that Schmidt would begin planning in August for the March event.

“She had a reputation for being a great educational leader,” said Father Quinlan, pastor of Holy Name of Jesus Parish in Harrisburg. “In addition to her professionalism, she had a deep spiritual side. In her communication, she never missed the opportunity to point the recipient toward the greater things, toward God.”

Members of the Secretariat for Education treasure the cards, notes and tokens Schmidt frequently shared to mark holidays and birthdays.

“Maretta loved words, and words that were hopeful, gentle and kind – every word that would make someone or something feel better and truly raise them up,” said Ann Everest, administrative assistant.

“Working furiously to get my tasks done before leaving on a trip, she would approach me and gently whisper, ‘Have a wonderful time; take this with you,’ and set a small stone or shell on my desk that said ‘Breathe,’ or ‘Believe,’ or ‘Relax,’” she said.

Holidays and birthdays were always cause for Schmidt to lead the celebration in the office.

“Maretta loved every holiday, even if it was a minor holiday. She would always have little gift bags for everyone,” said Margaret Barrett, Diocesan Assistant Superintendent for Elementary Schools and Curriculum Development. “She made every birthday special – she always found the perfect gifts,” including magic wands, bubbles, hula hoops, crowns and feather boas.

Colleagues spoke of Schmidt’s love for her family – especially her husband, children and seven grandchildren – and for the Church. She often prayed the Rosary at her desk before the workday began. Even in dealing with her own illness, she put others before herself, consoling co-workers who lost loved ones, or encouraging colleagues who were facing their own illnesses.

Rebecca Sieg, principal of St. Francis Xavier School in Gettysburg, said Schmidt was her mentor, and “a friend and constant source of strength and support” when Sieg’s mother was diagnosed with cancer.

Sieg said Schmidt frequently connected with her to see how her role as principal was progressing, and how her mother was faring. Sieg said Schmidt “touched not only my life, but also my heart.”

“Maretta was such a special person,” said Susan Mareck, principal of St. John the Baptist School in New Freedom. “Whenever you would see her, she always had a smile and kind word for you. I don’t know how she did it, but she always remembered your family and would ask specifically about how they were and what they were doing. She was so very encouraging and supportive when things could be frustrating at our schools, and always knew exactly what to say that would help us solve the problem and give us strength to know we could achieve success.”

“Our world would be so much better if it were filled with people like Maretta,” Mareck said. “She will be greatly missed.”

(The full obituary is online at www.pennlive.com/obits. Memorial donations can be made to Catholic Relief Services at www.crs.org or the American Breast Cancer Foundation at www.abcf.com.)