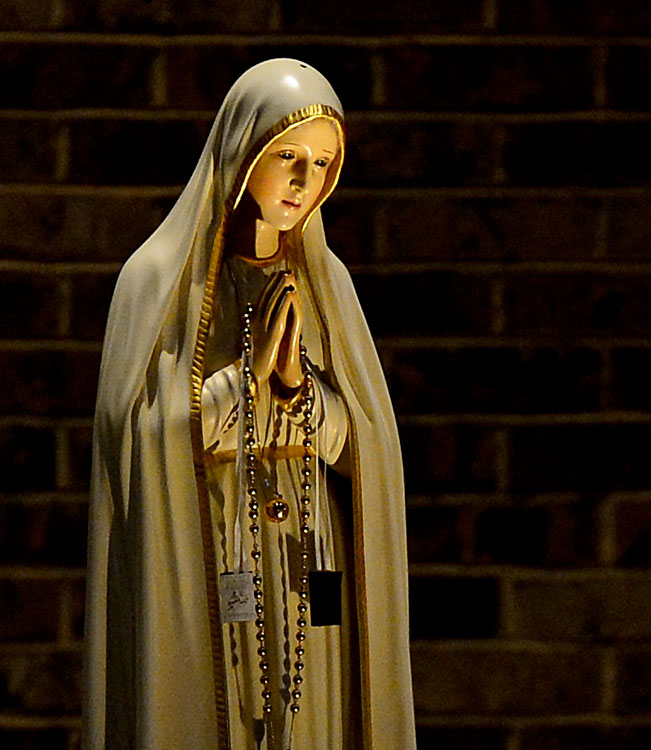 The Pilgrim Virgin Statue of Our Lady of Fatima at Good Shepherd Parish, Camp Hill, PA in 2016.

At their recent Provincial Meeting on May 1, 2017, the Bishops of Pennsylvania voted to approve a recommendation that each Catholic diocese and eparchy in the Commonwealth be dedicated to the protection of the Blessed Mother.

What prompted the proposal was the intent for the dioceses and eparchies in the Commonwealth to observe the 100th Anniversary of the apparition of the Blessed Mother at Fatima.

The official dedication will be marked with special Mass to be celebrated in St. Patrick Cathedral in Harrisburg at 12:00 Noon on Wednesday, September 27 by all the bishops in the state. This Mass is scheduled during the time when the bishops will gather for their next provincial meeting.

The second part of the dedication will be an observance in each diocese and eparchy the weekend of October 14-15.   More details will be forthcoming.