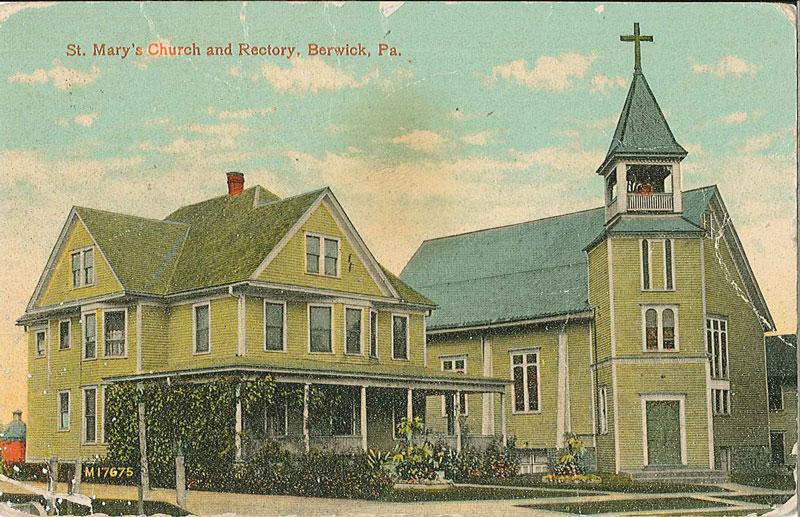 The history of the parish of the Immaculate Conception of the Blessed Virgin Mary, Berwick, has three chapters.  There is the story of a struggling mission, of the attainment of parish status, and finally, of recent expansion in numbers and parish facilities.  Berwick is the northernmost parish in the diocese along the North Branch of the Susquehanna River.  The boundary line of the Diocese of Scranton passes through the upper section of the city.

Catholic services were first held in private homes by a priest from Milton during the building of the North Branch Canal between 1826 and 1830.

On July 4, 1828, construction of the North Branch Canal began which brought workers of the Catholic faith to the Berwick area.  Mass was originally celebrated in private homes.  On August 26, 1828 property was purchased on Mulberry Street and used as a cemetery for those who died working on the canal.  It was in use until 1904 when the cemetery was relocated to its present site at Briar Creek Township, and the property later became the site of the first and second Saint Mary’s churches.

In 1902 the Catholic population was 42 in number, and the building of a church began and was completed in January 1903.  Mass was held every Sunday.  The first resident pastor was appointed in October 1906.  On January 24, 1915, the church was destroyed by fire.  The new church was dedicated by Bishop Philip McDevitt on July 15, 1917. 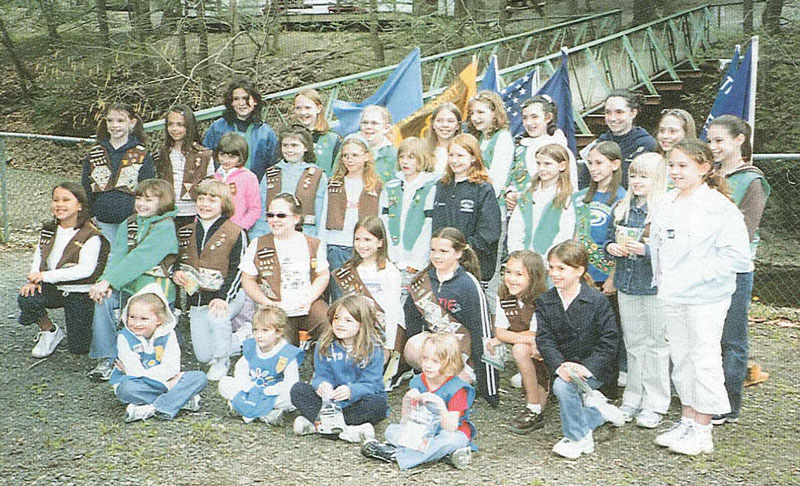 A period of industrialization and the great immigration increased the parish population with newcomers from Central, Southern and Eastern Europe.  A parish school was opened in 1954 and continued in operation until 1987.

In 1975 a decision was made to purchase thirteen acres in northeast Berwick and rebuild the parish complex there.

This complex including the third church building is currently located on beautiful grounds located at 1730 Fowler Ave in Berwick.