One mile north of Abbottstown, near Paradise School, is a lovely and historic stone church, the first in America dedicated in honor of the Immaculate Heart of Mary.  Carved on 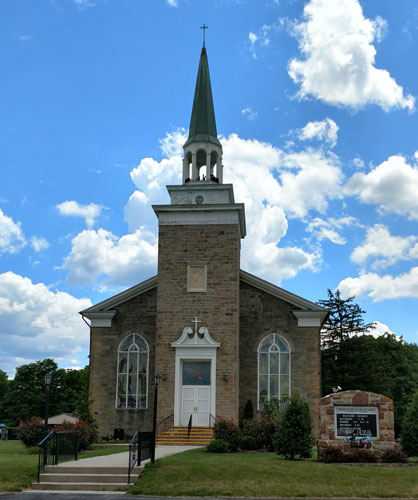 the date stone above the front entrance of the “Paradise Church,” as it was traditionally known, is the figure of a heart and the words “Heart of Mary, pray for us, 1843.”  This is the third place of worship at this ancient mission station of Conewago.

The first Mass-House was the Caspar Wise homestead, built in 1761 and used from 1800-1815.  Still to be seen are the foundations and cellar with its never-failing spring flowing out of the rock into a perfect basin of stone, hollowed out by Native Americans.  At the time it was demolished in 1911, this was one of the oldest original Mass-Houses still standing in Pennsylvania.

In 1809 Frederick Brandt, a Bavarian immigrant, bought 237 acres of land just north of Abbottstown and built a large stone house with a sizable room to use as a worship space called Paradise Chapel.  When Frederick Brandt died in 1822, he willed his 235 acre farm to the church for works of education and religion. 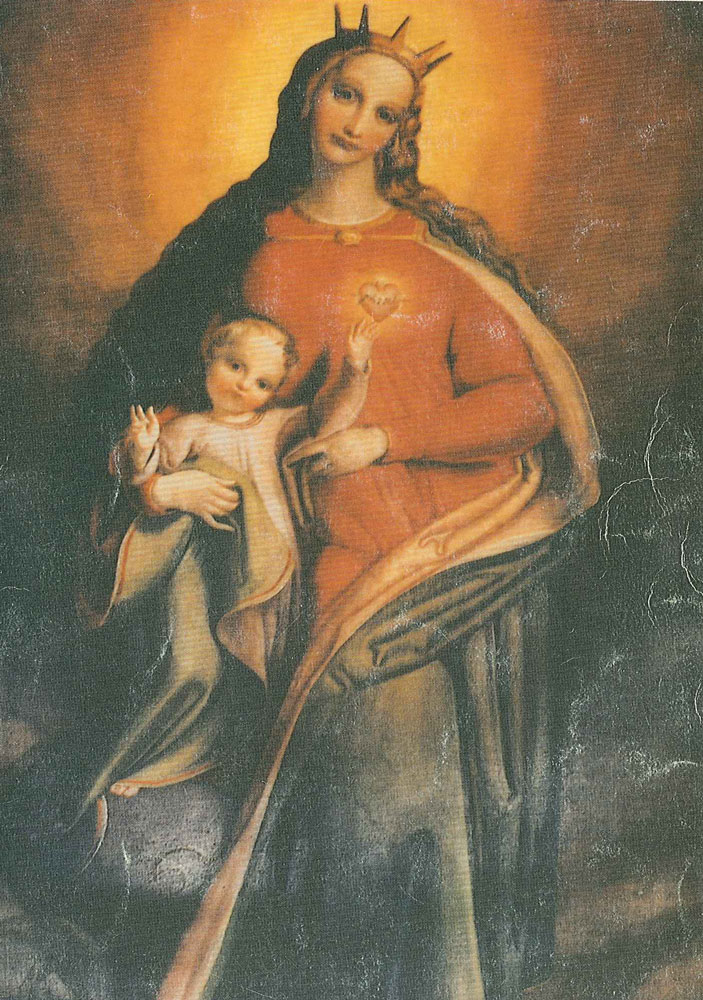 This evolved into what is now known as Immaculate Heart of Mary Parish.  Generous donations from prominent families enabled parishioners to build a new church with an adjoining cemetery in 1845.  This structure is believed to be the first in the United States dedicated to the Blessed Mother under this title.

The Conewago Jesuits turned over the care of this parish to the Diocese in 1891 when it became a mission of New Oxford.  The first resident pastor was Rev. Samuel Milner in 1903.   When Paradise School was built in 1911, the Irish Capuchin Franciscan Fathers came to take charge of the parish and the school, using the parish as a central locale for their work in spreading the Gospel.  They remained until 1931 when diocesan clergy again took over.

In 1941 the church was severely damaged in a windstorm and closed so parishioners attended Mass in the chapel of Paradise School.  In 1949 the church was completely restored. As part of that renovation, a stone memorial tower with the inscription “Heart of Mary, Pray

for Us” was erected.  Over time, parishioners added other buildings, including a Religious Education Center in 1979, a center that became the forefront of religious education within the area.

In 1984, the farmhouse built in 1815, which once served as the Mass House, was renovated to serve as the rectory.  Both the Church and the current rectory (former “Brandt Chapel”) both are enshrined in the Civil War history registry.