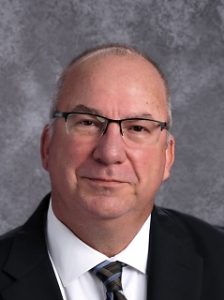 Jeffrey Hughes will take over as principal of Resurrection Catholic School in Lancaster at the start of the 2019-20 school year July 1.

Hughes was most recently superintendent of South Eastern School District in York County. He previously served as principal of Manheim Central High School from 2010 to 2017. Hughes began his career as a middle school science teacher in South Middleton and Lower Dauphin school districts, and then moved into administration. He has a total of 32 years of experience in education.

Hughes said he has always felt called to work in a Catholic school.

Hughes earned a master’s degree in Educational Administration from Shippensburg University and holds certifications as a superintendent, secondary principal and elementary principal. He earned bachelors of science degrees in science and geology and in education from Bloomsburg University.

“I’m excited to be in a school this size in the city of Lancaster. I want to know every child, every family,” he said. “I want students to be wildly excited about going to school at Resurrection. If we have that, there’s nothing we can’t do.”

Hughes is a member of Holy Name of Jesus Parish in Harrisburg. He is married, has four children and one grandchild.

“I can’t wait to get started and I look forward to meeting the Resurrection family,” he said.

By Donna Walker, Special to The Witness