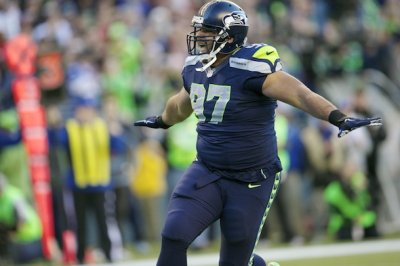 Trinity High School in Camp Hill announced on Thursday, Feb. 18 that Jordan Hill has verbally accepted the position of Head Football Coach for the Trinity Shamrocks.

Hill is a 2009 graduate from Steelton-Highspire High School, where he was a member of their 2007 and 2008 PIAA Championship teams. He went on to play defensive tackle at Penn State University. As a senior at Penn State, Hill was selected as first team All-Big Ten (2012).

In 2013, Hill was drafted in the third round of the NFL Draft (87th overall pick) by the Seattle Seahawks. He played in the NFL from 2013 to 2017 for the Seahawks, Washington Redskins, Jacksonville Jaguars, and Detroit Lions. Hill won a Superbowl ring in Superbowl XLVIII, where the Seahwaks beat the Denver Broncos, 43-8.

Most recently, Hill spent the fall of 2020 on the coaching staff at Cumberland Valley High School.

“Trinity is excited that Jordan Hill has verbally accepted our Head Football Coach position,” said Trinity’s principal, John Cominsky. “Jordan played at the very highest level and his enthusiasm and commitment to the game and our players were obvious during the interview process. We look forward to watching our student-athletes grow under Jordan’s leadership.”